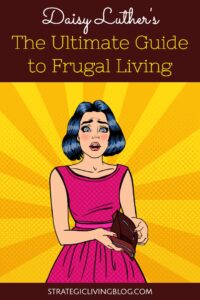 There comes a time in everyone’s life when we find the need to scrimp on even the most basic of life’s expenses.

Sometimes, this is by choice when, for example, we are saving to purchase a home, a new car, or even a much-needed vacation. Many times, however, the need to save, and by definition, live frugally, is due to unemployment, illness, unexpected expenses, or an attempt to cover basic living expenses from a meager monthly social security check.

Let’s face it. The global pandemic has devastated the finances of many households.  Even savers have suffered since savings accounts currently generate close to zero percent interest. Try living on that.

To survive, our government will have to quit printing money.  What then?  The answer will be higher taxes, massive inflation, or both. Sadly, there is no question in my mind that we will be looking at tough economic times ahead if not another Great Depression.

All this leads me to Daisy Luther’s new book, The Ultimate Guide to Frugal Living.   Many of you know Daisy from her website, The Organic Prepper.  You may also know that she and I have been blogging pals for close to ten years.

Let me be clear: Daisy knows what it is like to have two young children, no job, and no food in the cupboard.  She is a survivor and generously shares her survival strategies and wisdom almost daily on her website.

Her new book is fantastic, and, in my usual style,  I have a copy to give away to one lucky reader.  More about that later but first, an interview with my wonderful gal pal, Daisy Luther!

I have always had a hate relationship with the dark.  It started when I was a child and has continued throughout adulthood.  To this day, I rarely close the blinds and even when I do, my window coverings still let in a lot of light.

It is for this reason that ten years ago I started collecting (hoarding?) flashlights and lanterns.   It was not long after that when a fellow named Ron Brown reached out to me with an advertising inquiry and the rest, as they say, is history.

Remember the 2000 hour flashlight?  Yep, it was Ron who shared that technique with us in one of his books.  He then went on to publish a series of books on non-electric lighting, each one addressing different methods of producing light without the benefit of electricity.

This brings me to last summer when, on a camping trip, I decided to brush up on my non-electric lighting knowledge and pulled Ron’s books from the archives of my Kindle.  Of all of them, it became apparent that one stood out in its simplicity, availability, and usefulness.  That was Book 2: Olive Oil Lames &c.

Why this book and not one of the others?  Cooking oil, including lard and shortening, is commonly available, inexpensive, and non-toxic to pets and children.  Even if cooking oil is old, it can still be used to create light when coupled with strands of a dollar store string mop used as a wick.

So why is this relevant?

In an emergency situation when it appears that mother nature or human nature is out to get you, having light can be comforting.  It also affords you an opportunity to cook, read, play cards, interact with others and basically keep your mind occupied during a SHTF situation.

Let me be clear: at some time, the power WILL go out for an extended period of hours, days, or even weeks.  It is not a matter of IF but WHEN.

I recently reached out to Ron with some interview questions. He graciously responded and has also ponied up a print copy of his book to use as a giveaway. He also offered this nugget suggesting what could happen if we were faced with a global pandemic:

“Not to editorialize BUT when the Wuhan coronavirus spreads and the lights go out because the power-company workers are all quarantined along with the rest of us, this book will come in handy. That’s supposed to be a joke but somehow it doesn’t sound very funny at the moment.”

Enjoy the interview and be sure to enter the giveaway!

When I become passionate about something, be it prepping, essential oils, CBD, adult coloring or ballroom dancing, I go all in.

By that I mean I spend hours embracing my new passion, learning as much as I can about it, and spending hours practicing and enjoying my craft.  Reading between the lines here at Strategic Living, you know that my latest passion is soap making.  Hot process, cold process, rebatch, and melt and pour, I do it all.  It is the latter that I do when time is short and I don’t want to mess with lye and the associated safety precautions and cleanup.

Melt and Pour soap takes a lot of the work out of soap making.  Because it starts with a premade base, you can focus on your inner creative self by customizing your soap with colorants, fragrance, additives, swirls, and fancy shapes.

For those of you that are new to the soap making world, there is one name that stands out as somewhat of a legend when it comes to making soap naturally.  Her name is Jan Berry and she is a prolific do-it-yourselfer when it comes to DIY body care projects.  When I learned that she was coming out with a book on Melt and Pour Soaps I knew I just had to have it and let me tell you, if there is such a thing as an MP bible (MP is the acronym for Melt and Pour), this is it.

Today I am thrilled to share a brief review and interview with Jan and, in my usual Book Festival style, offer up a print copy of her new book, Easy Homemade Melt & Pour Soaps, in a giveaway. 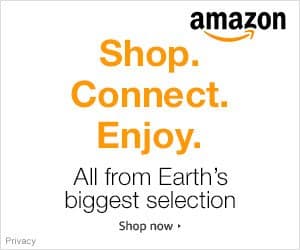 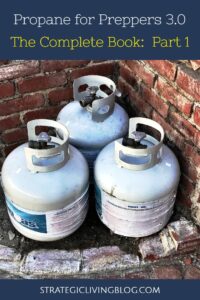